the Mall of America

Last month, I supported a peaceful #BlackLivesMatter gathering at the Mall of America. You may even have seen it on the news: 3,000 people, mostly young African-Americans, gathering to sing Christmas carols and share deep feelings about the tragic deaths of Eric Garner, Michael Brown, and hundreds of other black men and women killed by police in recent years. It was one of the most inspiring events I’ve ever been a part of.

Now, an overzealous prosecutor who has deep ties to the Mall of America is threatening criminal charges against a few of us she thinks are “organizers”, in an ill-conceived effort to try and force us to pay tens of thousands of dollars of restitution for “the Mall’s lost revenue” and “police overtime”.

The prosecutor has said she will file charges in just a few days. At this point, the only thing that will stop her charging me and other young organizers is if the Mall of America tells her not to.

Can you join me in telling the Mall of America to stop heavy-handed intimidation tactics targeting peaceful participants?

Instead of welcoming the thousands of families and community members who gathered peacefully to sing carols to honor the lives of slain black youth, the largest mall in the U.S. decided to shut its stores and surround us with riot police.

Before the gathering even happened, the Mall of America sent police to the homes of the “organizers”, including mine, threatening arrests if we didn’t cancel the event. And now the Bloomington City Attorney is threatening to prosecute some of the young people, including me, that she claims organized the events “based on examination of their social media pages.”

Even though everyone who attended the event was peaceful, did nothing to interfere with shoppers, and there was not a single cent of property damage, the City Attorney characterized the gathering as a “tinder box waiting for a match.” She even went so far as to say “one could argue it was riot in the third degree,”a charge that carries up to two years in prison.

The Mall of America has plenty of experience with large groups showing up to call attention to important issues. Last year, 7,000 people gathered to sing and raise awareness about cancer, and the Mall welcomed them -- but when half that amount want to talk about racial inequality, riot police show up and charges are threatened against organizers.

Now they say they want to “make an example” of the “ringleaders” to deter future demonstration that could threaten Mall of America’s profits.

Tell the Mall of America to back off the prosecution of peaceful carolers mourning the tragic deaths of black youth.

I want to be clear, this event was not the work of a few individuals, but of a national #BlackLivesMatter movement. Hundreds of people helped to plan this event including clergy, families, and community groups who believe we are at a crucial moment in history where we can begin to address the harmful consequences of systems that value some lives more than others.

This issue hits close to home for me. As a fifteen year old boy I watched in horror as my father, an Ecuadorian immigrant, was taken from our home and deported from right in front of me. I refuse to stand by while more families are torn apart by unjust police violence every day.

At this historic moment, we must show the Mall of America the movement for racial justice will not be silenced.

Thanks for your support,

Nick Espinosa, Campaign Manager at SumOfUs and one of thousands of people standing up to say #BlackLivesMatter 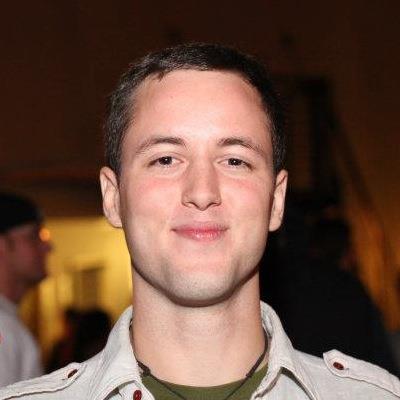 TO: the Mall of America

42,358 signatures
7 signatures until 50k
SumOfUs will protect your privacy, and keep you updated about this and similar campaigns.