Coke profits, while the traditional users of Stevia are left empty-handed

Coke profits, while the traditional users of Stevia are left empty-handed

Indigenous groups (Paî Tavytera and Kaiowa) from the Guarani people straddling the Paraguay and Brazil border are the traditional holders of the knowledge regarding the use of the stevia plant. Their situation is critical (land grabbing, food crisis, extreme poverty, suicide, murder). They have long made use of the unique sweetening properties of Stevia leaves. But companies like Coca-Cola and PepsiCo are making huge profits while the Guaraní, and the states of Paraguay and Brazil, are being left empty-handed.

International conventions state that holders of traditional knowledge have a right to a fair and equitable sharing of the benefits arising from the commercial use of the knowledge that they have developed, protecting indigenous communities from what’s known as biopiracy. But while Guaraní knowledge is the foundation for the use of Stevia-based sweeteners by multinational brands, they aren’t receiving a dime.

Demand that Coca Cola commits to mediated engagement with the Guaraní to agree how to share the benefits of Stevia-based products fairly.

For too long, the public has remained ignorant of the bitter truths of Stevia-based sweeteners. But thanks to a report published by Public Eye (formerly Berne Declaration), France Libertés and other European and Paraguayan associations and Universities, that’s about to change. Now, it’s time for us to come together and demand that the brands profiting from Guaraní knowledge pay their due.

Sign the petition to tell Coca Cola to settle with the Guaraní on a fair and equitable sharing of the benefits arising from the commercialization of Stevia-based products. 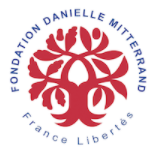 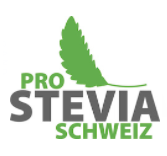 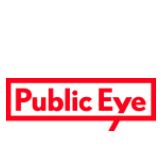 Commit to mediated engagement with the Guaraní to agree on how to share the benefits of Stevia-based products fairly.

288,332 signatures
11 signatures until 300k
SumOfUs will protect your privacy, and keep you updated about this and similar campaigns.
Fighting for people over profits
Home About Privacy Policy Contact
© 2021 SumOfUs, Creative Commons Attribution 3.0 Unported License.