180,648 signatures
19 signatures until 200k
March 8, 2019 : VICTORY!
After 10 months of strike in Turkey, the workers obtained back payment of their wages, a 6-month wage compensation and the reclassification of their dismissal for serious misconduct. This last point is crucial because it allows workers to receive unemployment benefits and also makes it easier for them to find work in the region.
This victory is a testament to the bravery and determination of these courageous women, but also to the incredible international mobilization of SumOfUs members like you! More than 180,000 of us signed petitions and tweeted in support of the strikers, making this case an international scandal for Yves Rocher. The workers are grateful to you for this!
_____________
French cosmetics giant Yves Rocher has brutally sacked 124 workers at its Turkish subsidiary Kosan Kozmetik. Their crime? Joining a union to defend themselves against degrading salaries and working conditions.
The freedom to join a union is a right enshrined by the Turkish Constitution and by the International Labour Organization Conventions. But Yves Rocher doesn’t care, seeing itself as all-powerful against vulnerable workers, and heavily restricting unionization with different tactics, including illegal dismissals.
But the workers will not accept this!
They know that the law is on their side, and that they are supported by numerous workers in neighbouring factories, as well as nearly 100 organizations. Solidarity actions are conducted weekly in front of Yves Rocher shops around Paris.
Already, more than 25,000 SumOfUs members signed our petition to help tip the balance in favour of these struggling workers. The cosmetics giant will be forced to act in order to protect its brand image.

Can you help these workers by demanding that Yves Rocher’s management reinstate the illegally dismissed union workers and ensures that their rights are respected?

“Let them (the strikers) stand outside the gates for weeks if they like! If you join them we won’t pay you your redundancy compensation,” that is the kind of psychological pressure exerted by the Yves Rocher subsidiary onto its workers, whose only fault has been to exercise their right to join a union.

Yves Rocher pretends to defend great human values and take action for the emancipation of women, but it should practice what it preaches with its own employees! As the vast majority of these workers are women who work in undignified conditions to make the cosmetic products that are then sold under an ethical label.
The country’s leading cosmetics supplier, Yves Rocher’s Turkish subsidiary Kosan Kozmetik, is also a champion of disrespecting its workers’ rights. While the company has broken its production records, the workers have never seen any sign of improvement in their working conditions: stagnating wages, loss of benefits, increased working time, psychological pressure, and endangering the lives of the employees.
As workplace accidents are common and the management systematically refuses any medical leave. So, workers are forced to continue working despite injuries like a broken wrist or a head trauma. The company happily tramples the fundamental rights of its workers, while the parent company Yves Rocher turns a blind eye.

“Reinvent yourself every day” is Yves Rocher’s slogan. Between that and reinventing workers’ rights is one easy step! It is time for companies to respect the same rules, regardless of the countries in which they operate. In the past we have lobbied for improvement of working conditions in Bangladesh, Cambodia, and Haiti. In 2016, thanks to your mobilization, we pushed the German brand Hugo Boss to respect the Turkish labour law. Together we can force Yves Rocher and its subsidiaries to stop reinventing existing rights, and instead to apply them!
It is unacceptable that Yves Rocher enjoys a positive image in the eyes of women throughout the world when we know the fate of these women who work in the company’s factory in Turkey.

Campaign in partnership with: 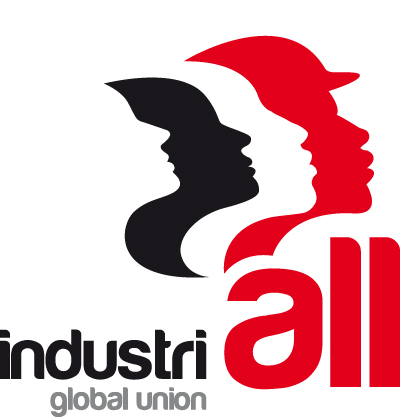 180,648 signatures
19 signatures until 200k
SumOfUs will protect your privacy, and keep you updated about this and similar campaigns.

Before you sign "Yves Rocher: Stop union busting in Turkey!"

You can opt out of receiving our messages or calls at any time. Just go to our unsubscribe page. By entering your details you confirm that you are 16 or older.

Thanks for adding your name to "Yves Rocher: Stop union busting in Turkey!"